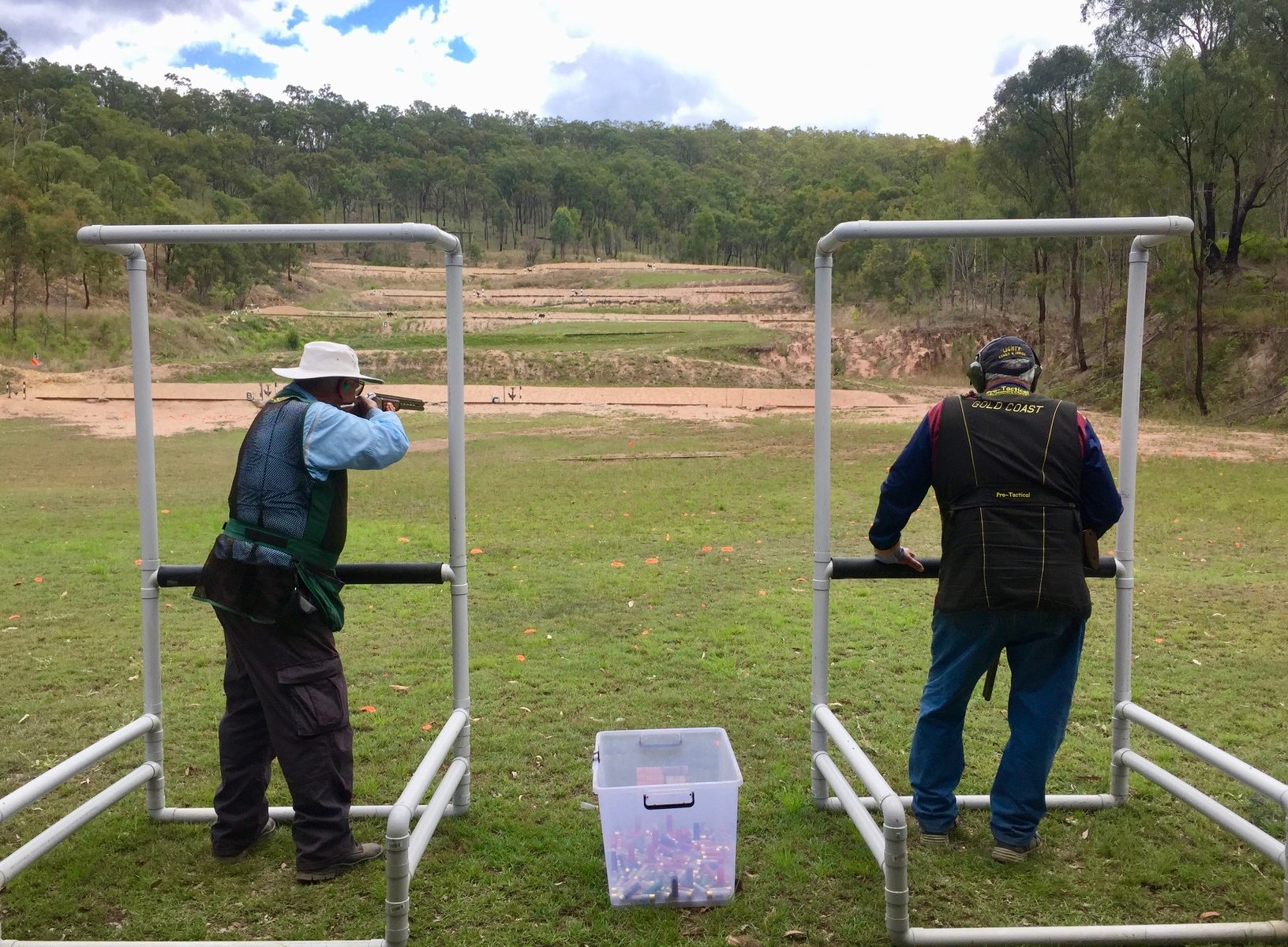 A very memorable day was held at Toogoolawah Pistol Club with a Sporting Clay Target shoot. Fifteen shot gun shooters from around the South East competed for especially made Centenary of the Armistice medals.

Competition commenced about 10:00 am and the targets on the five trap layout proved very challenging. There was a high target from right to left, an overhead target from behind, a left to right target angling away on the ground like a rabbit, a high rising target that did a loop, and a left to right in coming high target.

Just before 11:00 am a ceasefire was called by the shoot organiser Don C who asked everyone to stand for one minute’s silence in Memory of the Fallen in all wars for Australia and her allies. The last Post was then sounded followed by the Ode to the Fallen and Reveille. There were thirteen medals available to the various grade winners but ironically there were only eleven placing’s; they are as follows –

The presentations were made by club secretary Les D. Bill M of the Gold Coast Clay Target Club responded saying “It was a great club to shoot at with friendly people” 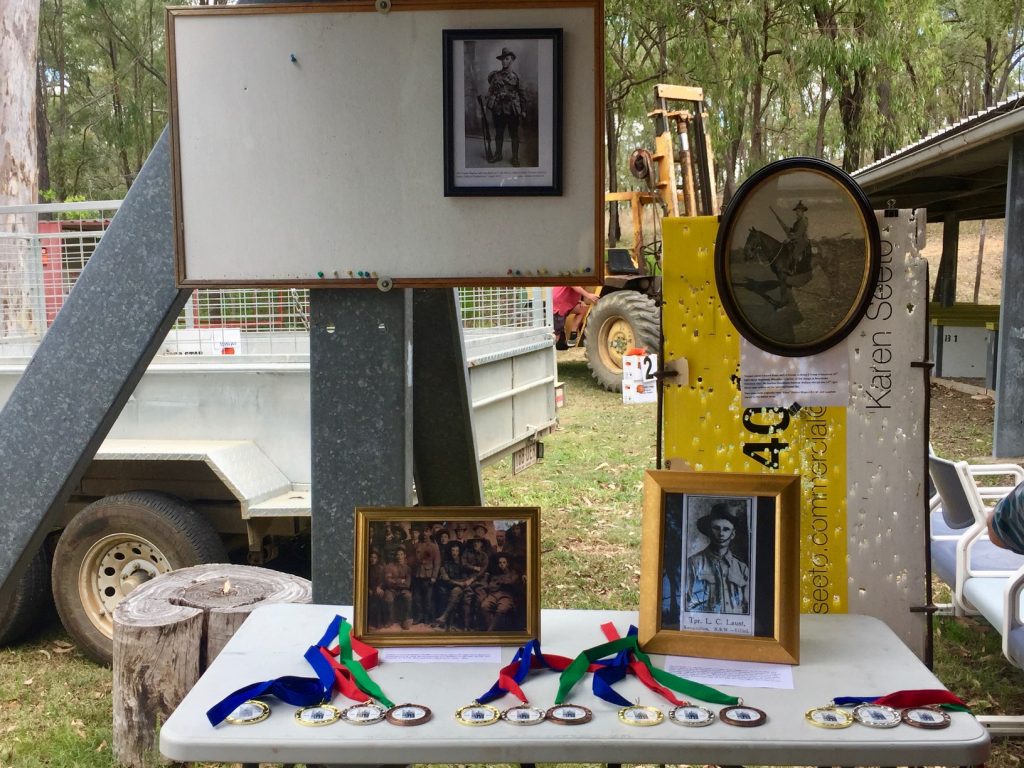 There was also a small display of WWI family photos.