The annual Pistol Shooting Qld SE Regional Championships for Small Bore and Field Pistol were conducted at the Toogoolawah Pistol Club from the 2nd – 4th November 2018.  There were 27 shooters in attendance from as far afield as Rockhampton and six NSW shooters competing from Lismore, Armidale, Inverell and Narrabri.  Several competitors had to travel hundreds of kilometres to attend the competition to achieve scores for state and national team selection.

A big thank you to Judith for organising the canteen and Janice for running it during the shoot.  A great weekend was had by all and the weather even cooperated, getting warmer each day until we reached 39 degrees on the Sunday.  The range looked really good after the recent rains had turned the grass green again and for a change the flies were not there in their hordes as is usual for this time of year.

While shooting conditions were difficult due to the glare, some good scores were shot and many posted PB’s in their matches.  Club President, Jim H shot himself into a shoot off for SB Standing against Glen A from Inverell with Glen being the eventual winner.  Other shoot offs in SB Production and Unlimited were also conducted to sort out Top Guns and minor places.  Glen had an excellent weekend taking out SE Regional Champion in 5 out of the 6 matches – Revolver 40/40, Standing 28/40, Unlimited 35/40, FP Production 30/40 and FP Prod Any Sights 33/40.  Club member Scott D took out the other one – SB Production 40/40.  He and Glen shot the only possibles, 40/40 for the weekend.

The next sanctioned metallic silhouette competition at Toogoolawah will be the Pistol Australia SB & FP National Championships 01 – 03 March 2019. 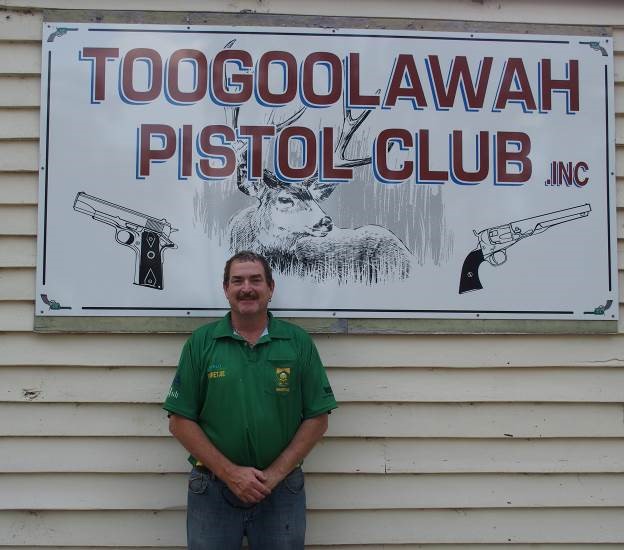